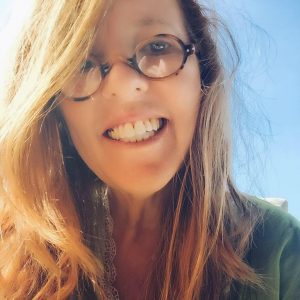 “I am happy when I do good work with great people.”

For over a decade, Jaime Byrd has been working as a director, cinematographer, and editor. Her documentary and commercial works have won several awards including an Emmy nomination for the feature documentary film, “My Toxic Backyard”.

Immersing herself in what has been an ever-changing world of digital and new media, as a cinematographer she has mastered the art of capturing the moment, while as an editor she has proven that instinct, timing, and story is everything. Her work as a director has made her an even stronger producer as its only through these processes that one can see the reality of your production and its effectiveness.

“Thank you for the really excellent videos telling our story.  We can’t thank you enough for the amazingly professional and top-quality work here in these videos.  We’ll be proud to show them on our website when we get it live. Thanks again Blind Lyle films.”

“The professionalism, quality and creativity you brought to this movie elevated the whole project to a level I didn’t think achievable for the budget and time constraints we were under. Your fortitude and incredible work ethic did not go unnoticed. Thank you!”

We love it!!!  We’re thrilled with your video story-telling, all the colors, textures, and smiles–Wonderful. Thank you So So much.”

“Jaime is an amazing creative force. She is an excellent “actor’s director”. She keeps an incredible pace while never exhausting her resources. She provides exciting room to explore as an actor. Collaboration is her strong point. She is a “soup to nuts” director. She can execute every step of a project from conceptions to writing, to casting and directing, shooting, editing and promoting. She is a one woman show. A marvel.”

“When you want it right, artistic, creative, and beautiful, there is only one person to call (and you’re lucky if you can get her).  Let’s please give the amazing and talented Director of Photography, Jaime Byrd, a standing ovation, and some help with all her well deserved awards this year!!  She kept our project moving in the right direction every day. Thank you for your focus, knowledge, and craft. It was a privilege to watch you work! ”

“Your footage and editing is just absolutely stunning.  Well done!”

“I’ve watched the music video a few times : )  There are too many beautiful parts to comment on, but…. it’s brilliant. Amber and Jeremy are incredible and your footage of them is just tremendous. I love [the actors] Joe and Lorraine too, they are perfect.  Your timing with the lyrics and new meaning of lyrics with them, ‘waiting for you to appear’ is awesome. The layers are rich and the movement, most of all, is like a paintbrush. Thank you (and Adam) so much for going several extra miles.”

For project inquiries, please complete & submit the form on the right.